In this lesson we will take a look at various piano keyboard diagrams. We will learn all about the layout of keys on the 88 key piano as well as keyboards with less keys.

Here's a blank piano keyboard diagram. This one has only 36 keys.

Do you see how the white keys are labeled? It's really the same 7 notes being repeated over and over. These are all the notes of the musical alphabet, and these notes are A, B, C, D, E, F, G.

When one first looks at a piano, the keys can seem overwhelming. But in fact, it's not. It's the same pattern of keys being repeated. No matter how many keys your keyboard comes with, this is the note pattern of the white keys on a piano.

Let's label the black keys. Each black key in the piano keyboard diagram below has two note names. There's D-Flat (or C-Sharp), E-Flat (or D-Sharp), G-Flat (or F-Sharp), A-Flat (or G-Sharp) and B-Flat (or A-Sharp). 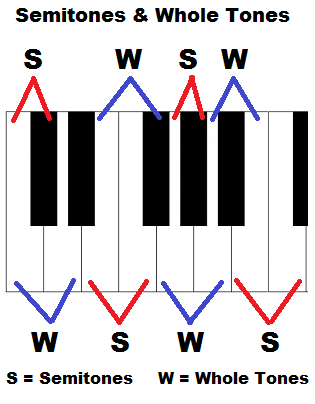 This takes us to a note or key that is very important when learning to play the piano. This note or key is Middle C. As the term middle C suggests, on piano or keyboard, middle C lies around the middle of your keyboard. In music notation, middle C is in the center of the grand staff, between the treble and bass staves (which is plural for staff). 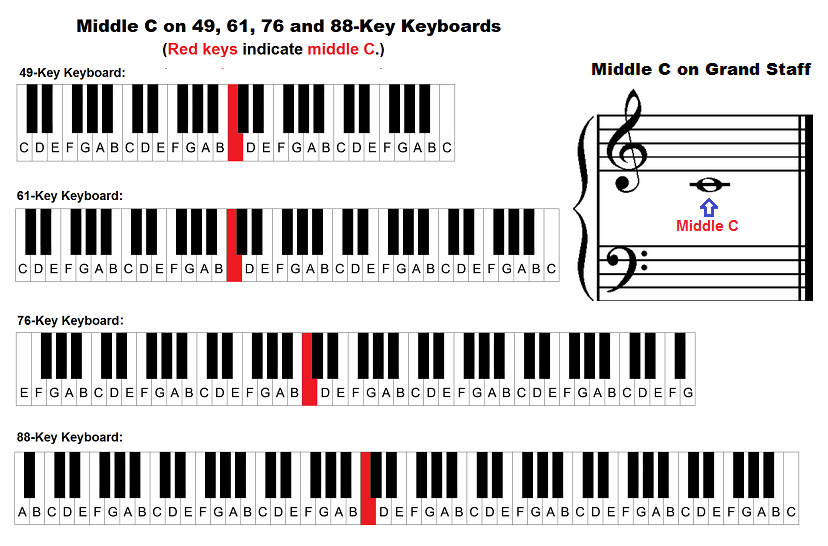 Let's now take a look at different piano keyboards, each with a different number of keys. Please note that while an 88 key piano or keyboard starts with the note, A, other keyboards start with either C, E or F. 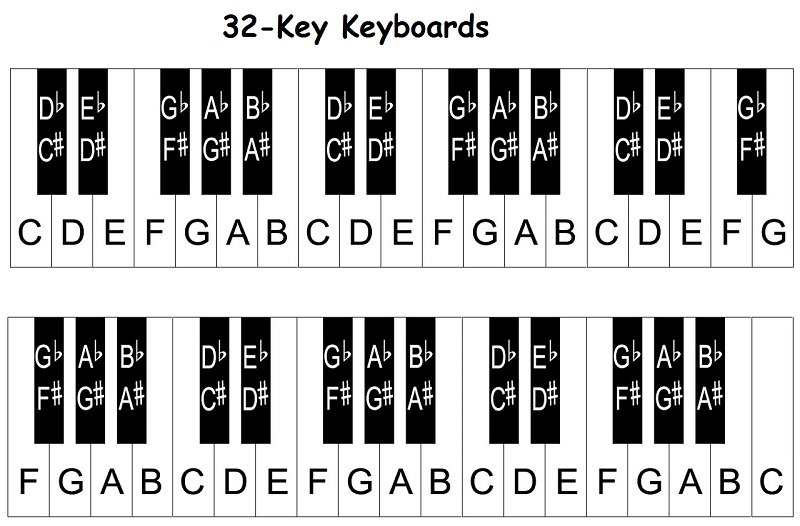 Here are two 36 key piano keyboard diagrams. Likewise, one starts with C while the other starts with the note F. 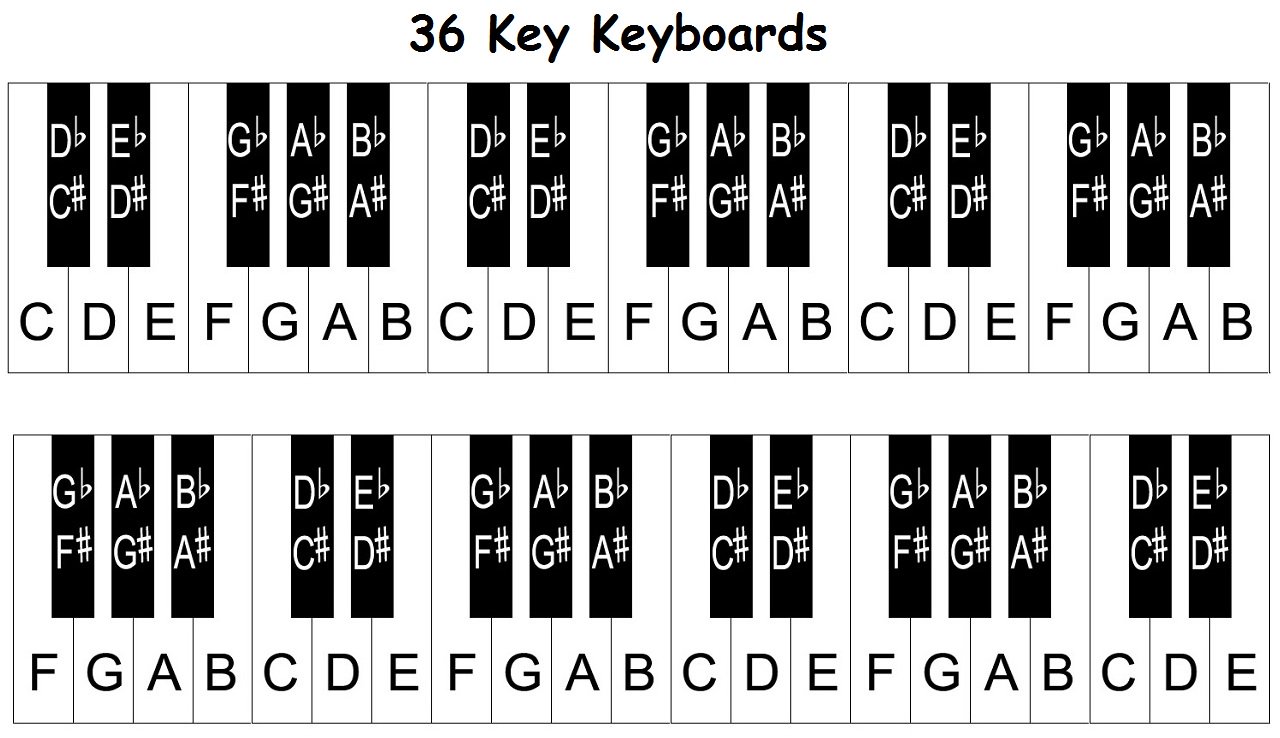 Here are two 37 key keyboards. Similarly, one starts with C while the other starts with the note F. 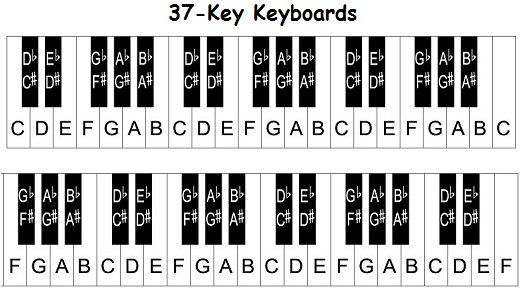 61-key keyboards start on C as well. They start on C and end on C. There are 6 C's on this keyboard.

The first note on a 76 key keyboard is E. The last note is G. There are 6 C's on this keyboard.

And as we said earlier, the 88 key piano starts with the note A. The last note on an 88-key keyboard is C. There are 8 C's on an acoustic piano or 88 key digital piano or keyboard.

If you understand the 12-key pattern on a piano keyboard, you will have no problem labelling any keyboard. It's all about repetition!

I trust that you have a clearer understanding on this topic (Piano Keyboard Diagram/Layout) and know how to label the keys on a piano keyboard.

Go here to learn about the best course I've seen for learning to play keyboard and piano. It's called Piano For All.